tcrow@taylorisd.org Anita Allen Volek has been an active supporter of the TEE Foundation since it’s reactivation in 2016. Awarding grants during Mallard Mania has been one of her all-time favorite events, and she and husband Dannie have participated in Food Dudes, most recently serving up Dannie’s homemade dressing and gravy from an old Volek family recipe.

Now, Volek has taken on the role of executive director for the foundation, supporting classroom learning in a format that she describes as a Booster Club for teachers.

“Athletics has a booster club, band has a booster club, and this is the booster club for teachers,” Volek said. “There are things they desire to make their classrooms better, but money is not within the district budget to help them do that. This organization raises those extra funds to allow teachers to go above and beyond what the district can support and that’s just awesome. Teachers deserve to be able to dream and have someone believe in their dream.” 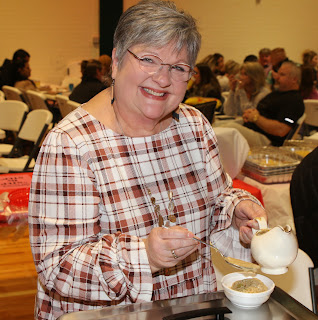 A 1978 graduate of Taylor High School, Volek’s family moved here the summer before her eighth-grade year. After graduating from Baylor, she ended up back in Taylor working at Texas Power and Light Company. That’s where she met customer and future husband, Dannie, who was born and raised in Taylor and was a teacher and counselor here. Their four children are all graduates of Taylor High School.

Volek has taught private piano lessons in Taylor for thirty years, and has played piano or organ at First Baptist Church since the age of sixteen. She has also served on the Taylor ISD school board since 2006, and lives in one of Taylor’s historic homes.

Now, this Taylor Duck looks forward to serving the Foundation and her community in an even more active role.

“When you think of the TEE Foundation, you think of Moppy Miller,” said Volek. “I’m not Moppy Miller, but I am old school Taylor and I think that position almost needs to have somebody in it that is related to Taylor. A lot of districts hire out for their director and get someone with fundraising experience. I just think that in the smaller community that we are right now it’s important to have somebody who when people hear the name and see the face they think, that’s Taylor.” 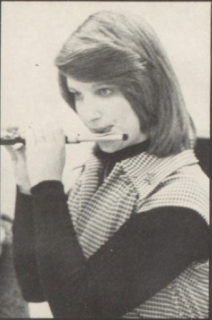 Volek said she is impressed with the effort and research teachers put into applying for grants, and the creativity of the projects they want to implement with students.

“I was so amazed that first or second year when we had a teacher at Pasemann who started a chess club, and to see those little ducks sitting there playing chess,” said Volek. “It wasn’t just the basics, they had strategy going. It’s making those little minds think outside the box.”

The TEE Foundation also supports new, first year teachers with a $100 grant to begin their career.

“My daughter was a first year teacher four years ago, and a hundred dollars would have gone a long way whether it was buying stuff to decorate bulletin boards or putting a meal in her refrigerator,” said Volek. “First year teachers are scared, they’re overwhelmed and they’re poor since that first paycheck doesn’t arrive until the end of September. Just that little bit of a spark speaks volumes to let them know they are valued and appreciated.”

Volek’s goal in her new role is to maintain the TEE Foundation’s current success while planning for future growth.

“We definitely need to maintain what’s happened because great things have happened,” said Volek. “I think there will be new resources and new partnerships at our availability to do more things with than we have had in the past, and I’m excited about that. If the community grows like it is forecast, we’re going to have more classrooms, more teachers and we’re going to have more needs. We want to be able to have the funds to help out more teachers.”

The TEE Foundation’s established fundraisers include the popular Food Dudes event, and last year’s debut event, Purse Bingo. The Foundation also sponsors Ducks Paving the Way, selling brick pavers at the stadium for people to commemorate ties to the Taylor schools, to honor favorite teachers, or in memory of a loved one. Volek and the TEE Foundation board are already brainstorming ideas for the next big fundraiser.

“We need to think outside the box,” said Volek. “Is there anything we can do to make it bigger, to make it better. If we come up with another creative idea, we need to plug into that. I think it would be to our advantage to add another fundraiser within the next couple of years.”

Volek’s motto is Bloom Where You’re Planted, a phrase that reminds her to always work hard and accomplish great things. It’s a goal she has held close to her heart since moving to Taylor in the 1970s, and a mission that continues to inspire her as she takes on this new role.

“Moppy has done such a super job, it’s a well-oiled machine,” said Volek. “Her energy and her excitement are contagious. I’ve got big shoes to fill and I know that. They’re different size feet, but we’re going in the same direction. I’m just excited to take over where she’s leaving off.” 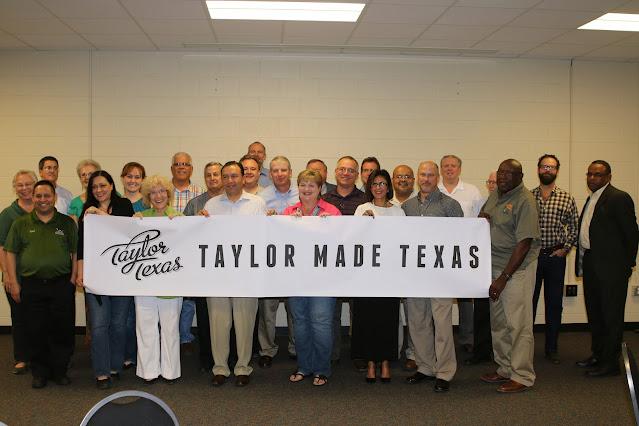 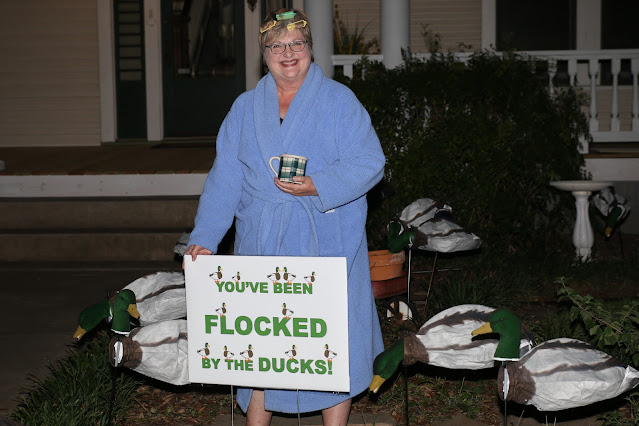 Photo 1: Anita Allen Volek, THS class of 1978, has accepted the role of Executive Director for the Taylor Educational Enrichment (TEE) Foundation after Martha “Moppy” Miller, THS Class of 1971, announced her retirement. Volek and Miller are shown with members of the TEE Foundation board.

Photo 2: Anita Volek serves up a sample of dressing and gravy at this year’s Food Dudes event, sponsored by the TEE Foundation.

Photo 3: Anita Allen Volek plays piccolo in the Taylor High School Band in the 1970s. Now, this Taylor Duck will lead the TEE Foundation as the Executive Director.

Photo 4: Anita Allen Volek (front center) is shown with a group of local citizens involved with developing the Taylor Made Texas promotion in 2014. She continues to serve her community as the new executive director of the Taylor Educational Enrichment (TEE) Foundation.

Photo 5: Taylor Duck Anita Volek enjoys being the first to get “Flocked” in a fundraiser to support Taylor athletics in 2017. A longtime supporter of the local schools, Volek will now lead the TEE Foundation and the effort to raise money to award grants to teachers for creative and innovative classroom projects.

Popular posts from this blog 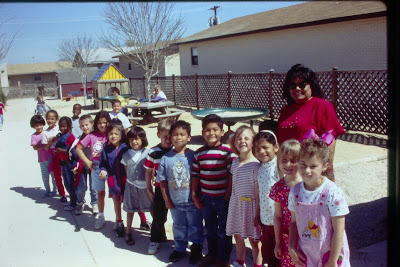 tcrow@taylorisd.org    Bernice Sanchez began her career in Taylor ISD as an instructional assistant, working with young children with disabilities at Northside Elementary School. She describes her work there as a job she loved, and the best team of educators that included Kay McCuk, Carol Tharp, Alma Garcia and Kay Bishop. Now, twelve principals, four campuses and twenty-eight years later, she is retiring as the registrar at T. H. Johnson Elementary.
Read more 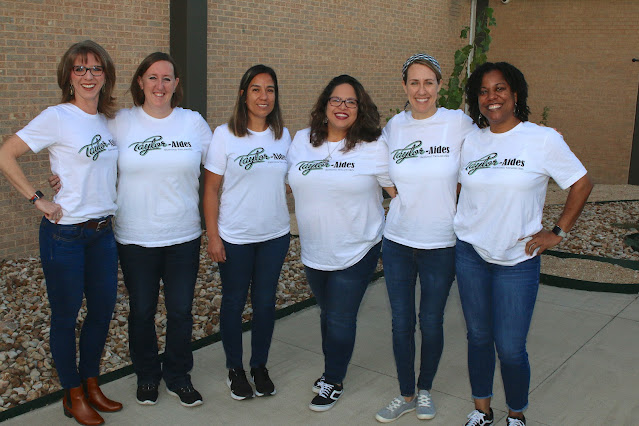 tcrow@taylorisd.org   " It takes a village to raise a child"  is a popular proverb with a clear message: the whole community has an essential role to play in the growth and development of its young people. Now, thanks to the new initiative Taylor-Aides, volunteering in the Taylor public schools has never been easier.    “Community involvement is so essential to our children's success, and Taylor-Aides provides a wide avenue of opportunities to get involved with as little as thirty minutes a month,” said Susan Green, Taylor-Aides volunteer. “It's so important to me that we work together, as a community, to create a better future for our kids.”   Volunteer opportunities include Munch Mentors, meeting with students for 30 minutes a week at lunch. Reading Ducks, spending 30 minutes a week reading with kids. Watch Ducks, monitoring the high school hallways. Hot Shots, help with last minute needs. Also, events or occasional volunteering around your schedule and at your pref
Read more 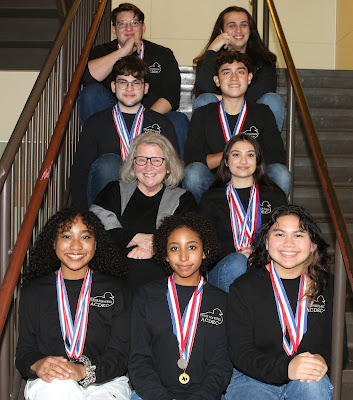